“Hey Mister … Are You Jesus?” by Keith Goss, for The Christian Left

Posted by Super User on Thursday, 07 February 2013 in Uncategorized 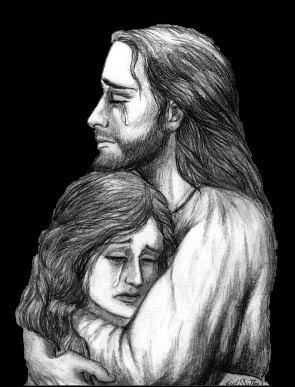 “Hey Mister … Are You Jesus?” by Keith Goss, for The Christian Left

“Are you saved?” “Are you born again?” “Have you accepted Christ as your personal savior?” These are the formulaic ways that fundamentalist and evangelical Christians will ask you if you are “right with God.” But I have to say that I become uncomfortable when someone uses these phrases as a thermometer to gauge my spiritual temperature. Not only does it seem to be very self righteous, but I start to think that what they really mean is that if I haven’t come to God by one of these particular processes, then I might not be a Christian.

But I don’t like it when people put God in a box. I would like them to throw their formulas away.  If I know anything about God I would say that he is very creative and omniscient, and he can bring people to him in many mysterious, joyful and loving ways. It’s like Forrest Gump said when asked if he found Jesus: “I didn’t know I was supposed to be looking for him.”

Alter calls and “witnessing” campaigns are not for me. The early church met at one another’s houses. When the people around them watched them live their daily lives, they said, “See how they love one another?” That’s how we should be. I don’t think there is one perfunctory formula or living arrangement  that we are to pursue to get people to “come to Jesus,” or “get right with God.” As a matter of fact I believe that wherever we are, we “flesh out Jesus.”  We show by our actions that  Christ lives in us. It’s as simple as that. I don’t believe that we are supposed to get a beatific smile on our faces or have our eyes become glazed over.

We don’t have to speak in tongues or have some kind of carnival show. I have known when I am around a Christian. They don’t  have to say anything. They don’t sound like they are on drugs and smile at me like a moron. They don’t keep saying “Praise the Lord!” Praise the Lord! They do praise the Lord by the way they naturally act in love. They are human. They are compassionate. The difference is that they are genuine. You can just tell. I think they have authentic love because they follow Christ and have him and his love living inside of them. They “flesh him out.”

I think conservative Christians like pat formulas because, in our commercialized world, they have turned Christ into a commodity, something to sell to people. Jesus used various phrases in the Bible to teach people what it’s like to know God or understand his love. He didn’t mean for us to make an idol of them and turn his love into mathematical formula.

There is a story about a business man who was frantically rushing through an airport lobby because he was late for a flight. A little boy was walking along with a puzzle that he had just put together. The businessman smacked into the boy and the pieces of the puzzle, along with the boy, went flying everywhere. The man sat down on the floor beside the boy to see if he was okay. He was going to miss his flight. While he was on the floor with the kid he put the pieces back into their proper places and handed the puzzle fully intact back to the child. The little boy smiled with surprise and said, “Hey Mister. Are you Jesus?”