"Tired of Trying to Measure Up," by Charles Toy, for The Christian Left 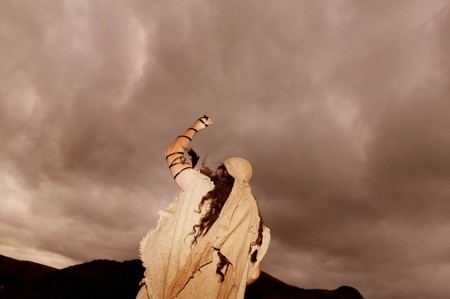 “I’m sick and tired of trying to measure up to your expectations!” That’s exactly what I said to God 21 years ago.

I continued, “You’re God! You have all the power! You’re perfect! You live in perfection! I live in this s--t-hole! You have no idea what it’s like! No idea at all what it’s like to be a human being!”

I was having a MAJOR pity party. Major.

A voice spoke to my soul.  I didn’t hear it with my ears.  I heard it loud and clear in my spirit.

I could not have come up with that at that particular time and in the frame of mind I was in.

It was all I needed to hear. God had delivered the perfect message to me when I needed Him most. My spirit was calmed immediately.

The next week-end I went to a Baptist men’s retreat for the week-end.  Unbeknownst to me, there was an author speaking at the retreat, Jeff VanVonderen.  He had just written a book called, “Tired of Trying to Measure Up.” Imagine that.  The very words I had said to God days before. I bought the book at the retreat and read the entire thing.

I still get mad at God sometimes, but he’s patient with me that way. After having a handful of experiences like the one I just described, it’s pretty hard for me to doubt Him.

Does he do these kinds of things in your life? I bet he does. Sometimes we just have to be willing to listen to his "still small voice" inside.

Already Registered? Login Here
No comments made yet. Be the first to submit a comment

By accepting you will be accessing a service provided by a third-party external to https://www.thechristianleft.org/